Why Does David Northrup Want Mandatory Waiting Periods in Wyoming?

Why Does David Northrup Want Mandatory Waiting Periods in Wyoming?

This open seat primary features a 4-way primary between David Northrup, Richard Jones, Stephanie Bell, and Tim French. With so many candidates, it’s more important than ever that you watch the video report that WYGO has prepared regarding this race.

Two candidates in this race have surveyed 100% with WYGO. One is refusing to tell gun owners where she stands. And David Northrup has voted against your gun rights in Cheyenne and wants to force you to submit to a 3-day waiting period before you can buy a gun! 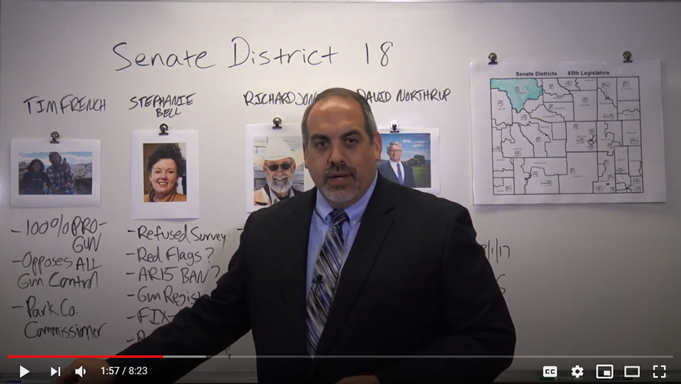 WYGO has surveyed each of these candidates and we know which ones support your gun rights, which ones are pushing for aggressive gun control, and which ones just won’t say!