Who Will Fight for Gun Owners in Evanston?

Who Will Fight for Gun Owners in Evanston?

Bob Wharff has pledged 100% support for the Second Amendment on the WYGO candidate survey. More than that, Wharff helped WYGO pass Stand-Your-Ground law in 2018, testifying in committee in support of the bill and helping us rally cosponsors!

Sadly, Joy Bell refuses to tell gun owners where she stands on the Second Amendment, often a sign that she will vote against our gun rights if given the chance.

To find out more about this race and where the candidates stand, watch WYGO’s video report on House District 49 here! 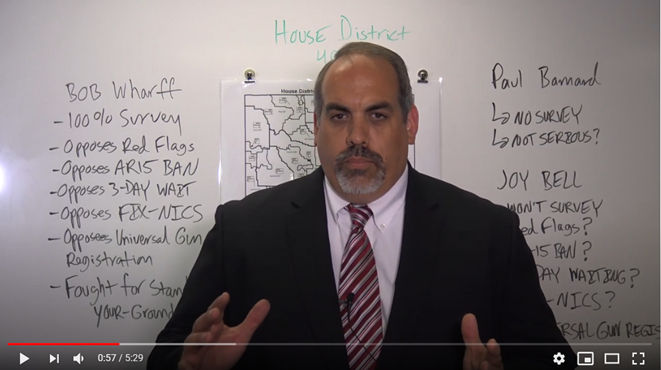 P.S. In House District 49, mainly the city of Evanston, Bob Wharff has promised to fight for gun owners by surveying 100% pro-gun! And Bob Wharff fought side by side with WYGO in the Capitol in 2018, helping us pass Stand-Your-Ground law.

But Joy Bell continues to hide her views on the Second Amendment, a very dangerous sign.