One candidate in this race has surveyed 100% pro-gun and proudly supports our right to keep and bear arms. But Fred Baldwin is hiding his record, hoping that no one finds out that he voted against HB 138, HB 136, and SF 88!

To learn more about the details of Fred Baldwin’s betrayal of gun owners in Cheyenne, watch WYGO’s full video here! 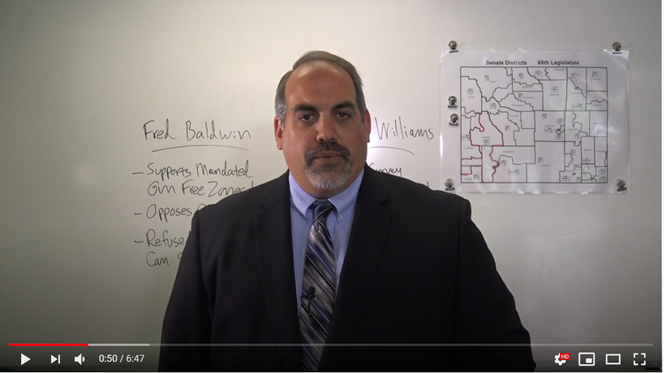 P.S. In Senate District 14 (Sweetwater, Sublette, Lincoln, and Uinta County) Fred Baldwin is working overtime to hide the fact that he voted against your gun rights repeatedly during his current term in office.

For the full story on this race, watch WYGO’s video report now!