Representative Roy Edwards has held this seat for years. Edwards is a true champion for gun owners, helping us pass Stand-Your-Ground law in 2018 and fighting to roll back deadly ‘Gun Free Zones’ ever since.

And that’s why the moderates and the liberals both hate Roy Edwards, because he fights like hell for gun owners.

This race is important! To get all of the facts on these candidates, watch WYGO’s video report here! 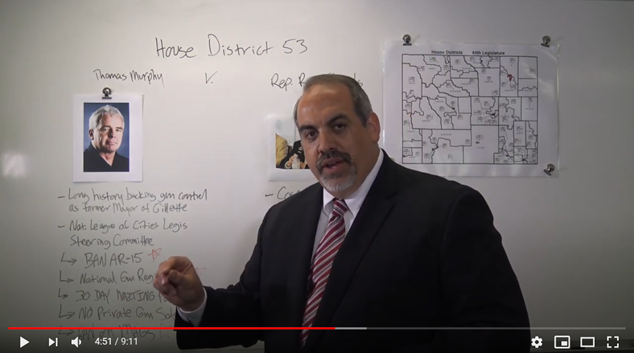 P.S. In House District 53, Representative Roy Edwards has a history of fighting for gun owners, even if that means angering establishment moderates in Cheyenne!

Anti-gun moderates hate him for it, and that’s why they are pushing Thomas Murphy in this primary, even though Murphy wants to ban our AR-15’s, institute gun registration and more!