Moments ago, I had the distinct displeasure of wiring $500 to the Wyoming Secretary of State to pay a fine for daring to talk about legislative candidates’ views on the Second Amendment during the 2020 election cycle.

WYGO refused to disclose the names and addresses of our members who so graciously funded our educational programs that exposed the anti-gun voting records that so many gun-grabbers were trying to hide last year!

And because of that, Wyoming Secretary of State Ed Buchanan and Wyoming Attorney General Bridget Hill have been coming after WYGO for almost nine months now.

Their goal has been to bog WYGO down in legal wrangling for as long as possible, and to force us to either pay an expensive fine for exercising our right to free speech or surrender a partial list of the WYGO members who fund our programs.

We’ve had our lawyers going back and forth with Buchanan and Hill for months now. But the state has rejected our latest appeal, even while answering none of the legal issues raised in them.

And so faced with the choice of giving a list of gun owners to Ed Buchanan or pay this fine, the Board of WYGO has elected to pay this ridiculous fine to protect your privacy. 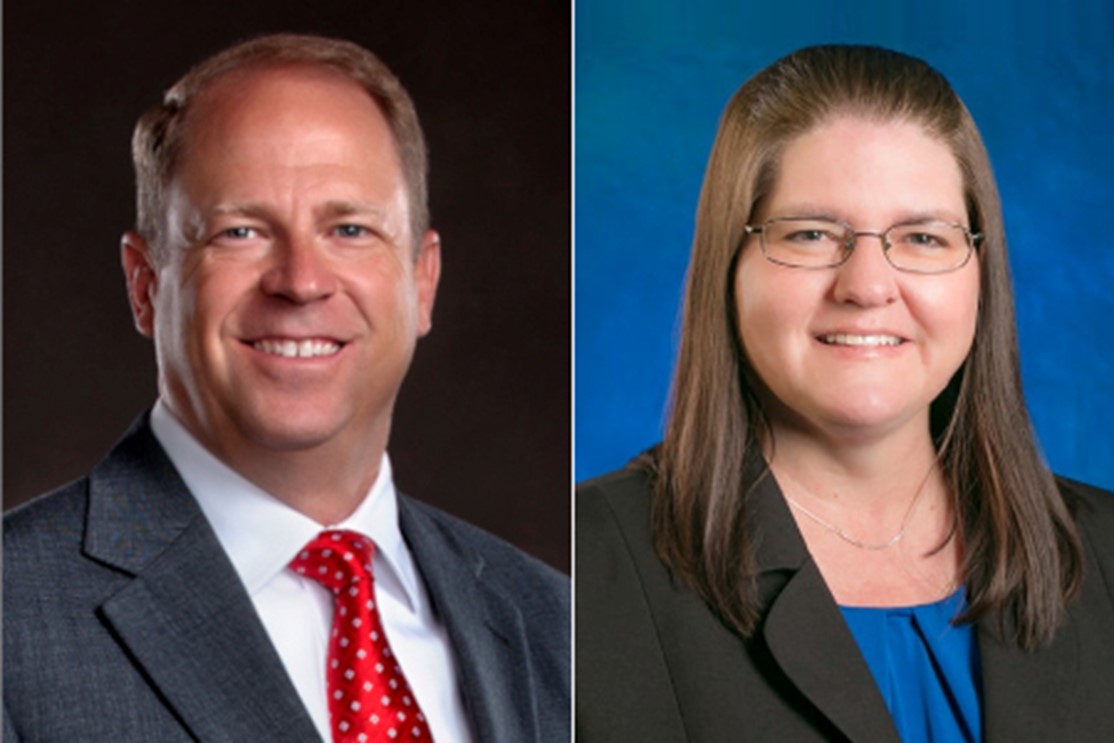 (Wyoming Secretary of State Ed Buchanan and Attorney General Bridget Hill have been using the power of the state to try to compel WYGO to surrender a list of our donors for months!)

I can think of a lot of things that I would have rather spent that $500 on.

From more social media marketing on the Second Amendment Preservation Act to funding more radio and TV ads in future election cycles to increasing our texting capabilities –- I would much rather have spent that $500 on the fight for the Second Amendment!

And that’s why I am hoping that WYGO members will step up and help us replace this $500, so that the establishment does not win! Please make a GENEROUS donation right away!

Everyone in Wyoming knows what’s going on here, and why Ed Buchanan and Bridget Hill are coming after Wyoming Gun Owners.

WYGO members across the state were outraged when they learned how many Republican incumbents had been fighting against their gun rights during last year’s election cycle.

Armed with the information we provided them, they sent a loud message during the August primaries when they:

>>> Threw Senator Michael Von Flatern out of the Senate, for being a lead sponsor of FIX-NICS legislation that would enable liberal judges to confiscate your guns before you’ve been convicted of a crime.

And to be clear, the 63.4% to 36.3% defeat was a complete humiliation for Von Flatern, who had been in office for sixteen years!

>>> Defeated Representative Bill Pownall in the House, for being the lead sponsor of FIX-NICS gun control legislation in the lower chamber.

And just like Von Flatern, after WYGO exposed Pownall’s actions in Cheyenne, gun owners crushed him on election day by a jaw-dropping margin of 50.4%-29.6%!

>>> Fired Representative Dan Kirkbride, the House Judiciary Chairman who was actively working to advance FIX-NICS     legislation through ‘his’ committee.

Kirkbride, who had been in office for close to a decade, was easily defeated by a margin of 46%-53.7% after WYGO told everyone in his district about his betrayal.

>>> Crushed Representative David Northrup, who was trying to get into the Senate even though he freely admitted that he wanted to mandate waiting periods on gun sales in Wyoming!

Even though we spent most of our budget exposing the politicians above, we made the stretch for a devastatingly effective radio ad over the last ten days of the primary election cycle. Northrup gathered just 27.6% of the vote.

And this was despite the direct intervention of Mark Gordon, Matt Mead, Mike Enzi, Al Simpson and multiple billionaires from Jackson Hole who all worked together to try to prop up anti-gun moderates.

After such a humiliating defeat they decided to file a bogus complaint against WYGO, to ‘show us who’s boss,’ and to warn us to back off!

That’s why this complaint was leaked to the press first, long before we ever heard anything from the Secretary of State’s office. It was a set up from the beginning.

And so I’m asking you to donate today, to ensure that these power-hungry moderates don’t believe they can bully us into giving them a free pass in the future.

To be candid, my fear is that if something isn’t done to change Wyoming’s absurd campaign finance laws, we’re going to be right back here again next year.

Worse yet, we may be completely unable to run the same type of programs that WYGO has always run at election time, giving gun owners the hard facts about where the candidates stand.

Either scenario is very dangerous to our gun rights!

And so, while we are paying this fine today to make sure that Ed Buchanan and Bridget Hill don’t get a list of WYGO members, rest assured that we will be examining all of our options for how we proceed.

But if this power grab from Ed Buchanan has you angry, please donate to Wyoming Gun Owners!

If you find it outrageous that powerful lobbyists in the legislature can use the power of the State of Wyoming to attack political opponents, donate to Wyoming Gun Owners.

And if you want to make sure that we aren’t $500 under budget on the critical programs that we want to run this later this year, please donate to Wyoming Gun Owners!

P.S. After a nine month legal fight between Wyoming Gun Owners and Wyoming Secretary of State Ed Buchanan, WYGO just paid a $500 fine to Buchanan — because we REFUSED to give him a list of WYGO donors!

This disgusting attack on the 1st Amendment is nothing more than political retribution against Wyoming Gun Owners, after our members threw so many anti-gun incumbents out of office during last year’s primary election cycle.

Please don’t let the establishment in Cheyenne win — make a donation today so that we can recoup this $500 fine and keep fighting for the Second Amendment Preservation Act!

WYGO is examining all of our options as we work to address this issue, including a knock down drag out political fight to change this law next session, but we need your help.