Today’s video report highlights House District 43, which is located on the SE edge of the Cheyenne metro.

Representative Dan Zwonitzer hasn’t lifted a finger for gun owners during his time in the House, refusing to cosponsor HB 137, HB 137, HB 168 and voting ‘NO’ on legislation that would repeal deadly ‘Gun Free Zones’ just last year!

Thankfully, John Harvey has surveyed 100% pro-gun with WYGO, giving gun owners plenty of details about where he stands.

To learn more about the details of this race, watch WYGO’s full video report here! 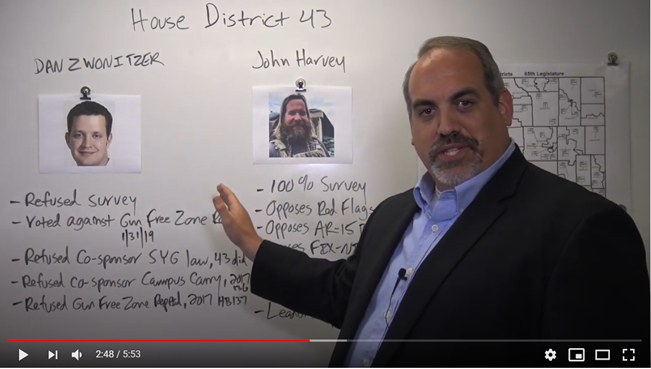 Challenger John Harvey, on the other hand, is 100% pro-gun and wants to help lead the fight for our Second Amendment freedoms in Cheyenne!

For all of the details on this race, watch WYGO’s video report now!