Representative Dan Laursen has held this seat for years, and he has been there when gun owners needed him, helping us to force votes on critical gun bills when House leaders were trying to kill them!

And that’s why the moderates and the liberals both hate Laursen.

This race is different, as right after our video was published, Laursen’s opponent Chris Good dropped out of the race due to personal reasons.

WYGO has decided to publish this report anyway so that you can see how the establishment power brokers in Cheyenne try to attack pro-gun legislators who fight for us with primaries. 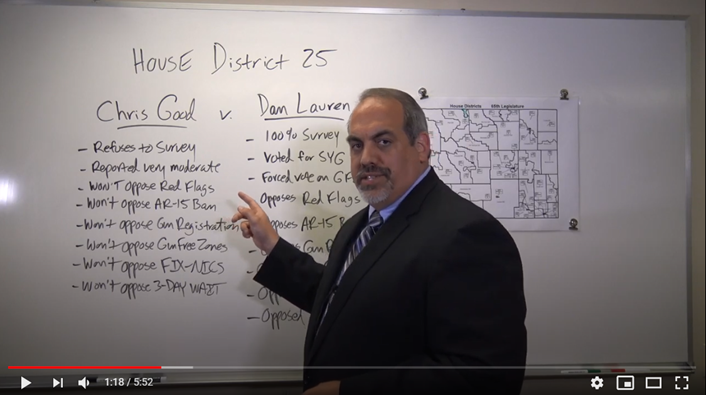 P.S. In House District 25, Representative Dan Laursen has a history of fighting for gun owners, even if that means angering establishment moderates in Cheyenne!

And that’s why these establishment moderates ran a primary against Dan Laursen, to send a message.