Over the last week, we’ve begun to broadcast the results of this program on our Facebook page and YouTube channel.

Over the coming weeks, we’ll be releasing video reports via email, highlighting a specific race where there is a clear difference between the candidates where your gun rights are concerned.

Gun owners may have forgotten that it was Bill Pownall who sponsored HB-59 earlier this year! Known as FIX-NICS legislation, this bill is the brain-child of US Senator Dianne Feinstein and is the first step towards ‘Red Flag Gun Seizures!’

To learn more about this bill and the rest of the facts that Bill Pownall is trying to hide from gun owners, watch our video report! 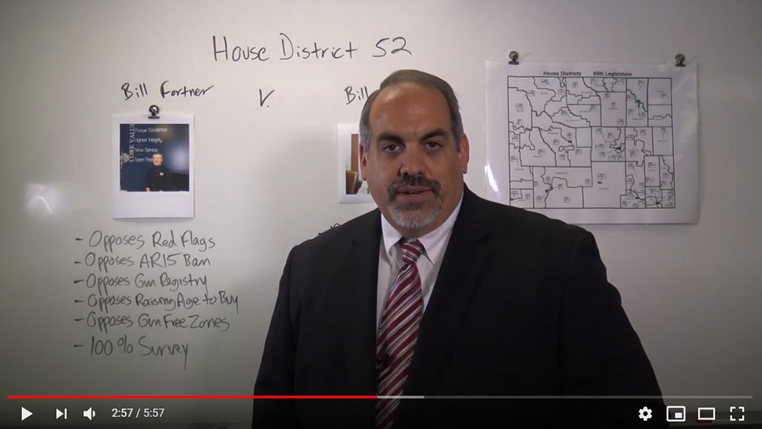 P.S. In House District 52, Bill Pownall is doing everything he can to hide the truth about his record of sponsoring gun control legislation in Cheyenne!

Bill Fortner, on the other hand, is a proud supporter of our God-given right to keep and bear arms.