Senator Affie Ellis currently holds this seat, and she desperately wants gun owners to believe that she supports our Second Amendment freedoms. And sometimes she does. But, just as often, she doesn’t.

In this video report, WYGO breaks down the three biggest gun control votes that Ellis made in Cheyenne — votes that she is desperately trying to keep secret from you! 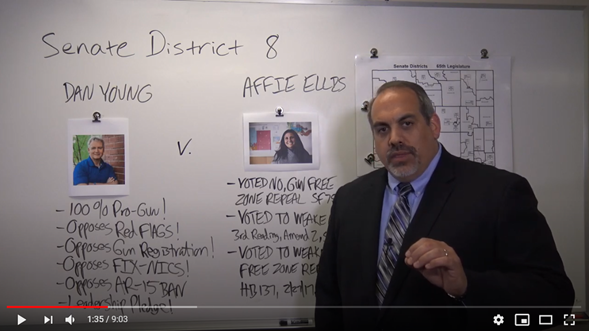 P.S. In Senate District 25, Senator Affie Ellis is hoping that gun owners forget about all the times she voted against their gun rights.

To learn more about Ellis’ record and the details of Young’s support for the Second Amendment, watch WYGO’s video report now!