They Want to Register Every Bullet You Own!

They Want to Register Every Bullet You Own! 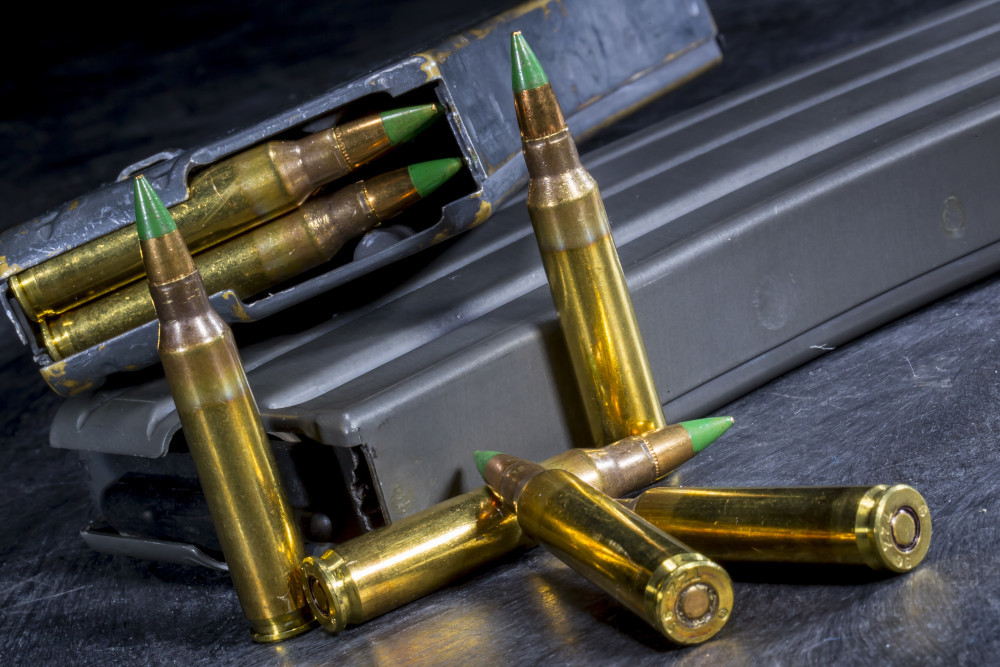 With Joe Biden officially sworn into office, the gun control bills are being sponsored left and right in Congress as the radical left can’t wait to pounce on our great Second Amendment!

The latest bill that we are tracking, H.R. 127 from Congresswoman Sheila Jackson Lee, is so fresh that the full language hasn’t been filed yet.

But based on the information that has been released and from what our sources on Capitol Hill have told us, H.R. 127 will mandate the registration of all firearms AND ammunition across the country.

This is what the gun-grabbers have always wanted, a way to track, trace, and register every gun owner in America, as though we are sex offenders who need to be ‘monitored’ by the federal government.

Make no mistake, Congresswoman Lee and the America-hating leftists in Congress want to ban and confiscate every single gun you own. But in order to do that, they first have to know where they are.

That’s what H.R. 127 will do — give the Biden Administration an ever-growing list of gun owners (and ammo owners) in America so they can implement gun confiscation. If they are successful with this legislation, tyranny will soon follow!

America was founded by brave men and women who understood this, which is why they wrote the Second Amendment into our Constitution in the first place, to make sure that the American people could never be disarmed and turned into helpless serfs.

But these hundreds of years of freedom are now hanging in the balance. Joe Biden and the socialists in charge of Congress want to crush our Second Amendment with legislation like H.R. 127! But we can stop this legislation if we stand together!

As we’ve told you, Chuck Schumer only has a 50-50 majority (including Kamala Harris’s tie breaking vote) and Nancy Pelosi is leading the smallest Congressional majority that America has seen in 100 years!

And in the House there are more than a few Democrats in swing districts that don’t want to pass legislation like H.R. 127 — convinced it will cost them their jobs (and Pelosi’s majority) in 2022 if they do so.

They are right to be afraid. After all, gun owners already threw a dozen of Pelosi’s colleagues out of office during the 2020 elections even though no gun control passed into law in 2019-2020.

Help remind your Congressman (and Nancy Pelosi) that advancing legislation that would make FELONS out of Americans who buy a box of .22 shells without government permission is a sure fire way to be swept out of office!

Please take action right away. The truth is that no one politician, and no one political party, is going to stand up and protect our gun rights.

Gun owners have been attacked on the left and betrayed on the right for a very long time. So if we want to save the Second Amendment for our children and grandchildren, we need to FLOOD every single member of Congress with grassroots pressure, reminding them of who they work for!

Your signed petition sends that message.

But I hope you will also make a donation of $100, $75, $50, $25 or whatever you can afford, so that Wyoming Gun Owners can mobilize thousands of gun owners to take action, as well!

Joe Biden and the anti-gun left are going to move hard and fast to strip us of our freedoms, one after another, if you and I don’t stand up and push back!

Joe Biden and the socialists in Congress want to track, trace, and register every gun (and ammo) owner in America as though we were convicted sex offenders, while giving them a list of every gun owner in the country!

And please make a donation of $100, $75, $50, $25 or whatever you can afford so that Wyoming Gun Owners can mobilize thousands of gun owners to take action against this legislation!