Bailey refused to complete his WYGO candidate survey, and refused to tell us where he stands on guns. But Tim Salazar is the reason why we enjoy Stand-Your-Ground law here in Wyoming! Tim’s a proven leader who continues to fight for gun rights to this day.

But don’t take our word for it. Watch the video report that we have prepared on this race for the details (bill numbers, dates, amendment numbers) and then make your own decision. 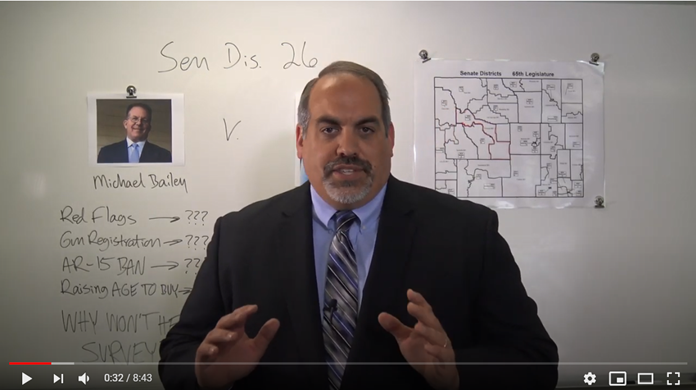 Michael Bailey, on the other hand, is refusing to tell gun owners where he stands on our Second Amendment freedoms!