Mike Von Flatern: A Decade of Warring Against Gun Rights!

Mike Von Flatern: A Decade of Warring Against Gun Rights!

Von Flatern is doing everything he can to convince gun owners that he’s pro-gun. The truth is that Von Flatern has voted against virtually EVERY gun bill in Cheyenne since the day he first took office!

Simply put: this Democrat-turned Republican is the biggest enemy to our gun rights here in Wyoming!

But don’t take our word for it. Watch the video report that we have prepared on this race for the details (bill numbers, dates, amendment numbers) and then make your own decision. 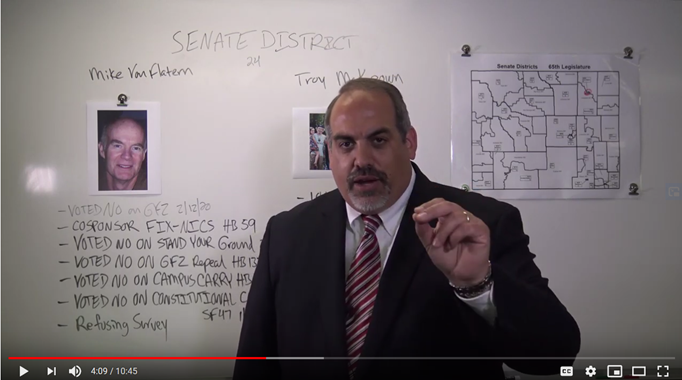 P.S. In Senate District 24, Mike Von Flatern is desperately trying to hide the fact that he’s been a leading enemy of our Second Amendment freedoms since the day he took office!

Troy McKeown, on the other hand, is a proud supporter of our God-given right to keep and bear arms.