Earlier today, the Senate Judiciary Committee voted to kill Senate File 75 by a vote of 3-2!

In other words, it was Republican leadership in Cheyenne that voted to kill this bill.

To help you fully understand what’s going on and what happened today, we’ve produced this brief video update that I hope you’ll watch right away! 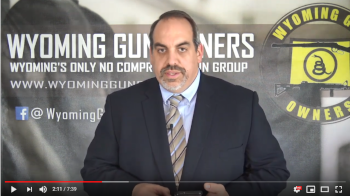 Like I said in the video, it’s perfectly ok to be angry at these pathetic lawmakers who stabbed you in the back today.

But this fight is far from over, and we’ll have more on that for you later this week.

For now, make sure that every gun owner you know sees this video update, so they can know what’s going on — and who is betraying them in Cheyenne!

And I also hope that you’ll make an immediate donation to help WYGO expose anti-gun lawmakers, and fight to advance our gun rights in Cheyenne!

Too many gun owners believe that gun rights are safe in Wyoming, and that there is no one trying to attack our freedoms.

That is flat out wrong.

As you can see from the picture below, Michael Bloomberg’s people are active, organized, and fighting against your freedoms in Cheyenne every day! 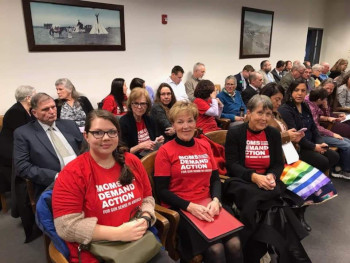 Gun grabbers, through turn-coat backstabbing Senators like Michael Von Flatern and RJ Kost won this round. But this fight is far from over.

Please make a donation to help us in this fight TODAY!

The list of those lawmakers who betrayed you, including the Republicans who opposed the bill, is listed above!

When you are done, please donate to WYGO immediately so we can keep fighting in Cheyenne!

‘The single most important thing we can do.’