As time runs short on Gov. Mead’s ability to sign HB 137 into law, you should know that yesterday he signed HB 231 into law.

HB 231 allows convicted felons — even felons convicted of violent felonies — to have the right to purchase and possess black powder firearms restored here in Wyoming.

Don’t misunderstand, we’re not saying that it’s wrong for certain groups of convicted criminals to have their rights restored in every situation.

But for Governor Mead to sign this bill into law while he refuses to tell gun owners where he stands on HB 137 is very concerning.

It’s almost like he trusts a convicted felon more than he trusts you and me when it comes to the safe use of a firearm.

That’s why I need you to contact him right away and insist that he sign HB 137 into law using the contact information I’ll give you below.

Rumors are swirling that Governor Mead is preparing to veto this crucial legislation which lifts the ‘Gun Free Zone’ policies that are currently in effect in so many government buildings here in Wyoming.

This would include places like the State Capitol, county level government buildings, city halls and more.

But we’re hearing that due to lobbying pressure from the anti-gun Wyoming Association of Municipalities that this bill may be stopped by Governor Mead.

If true, that would mean that Mead prizes the rights of convicted felons over your right to defend your loved ones in these ‘Gun Free Zones!’ 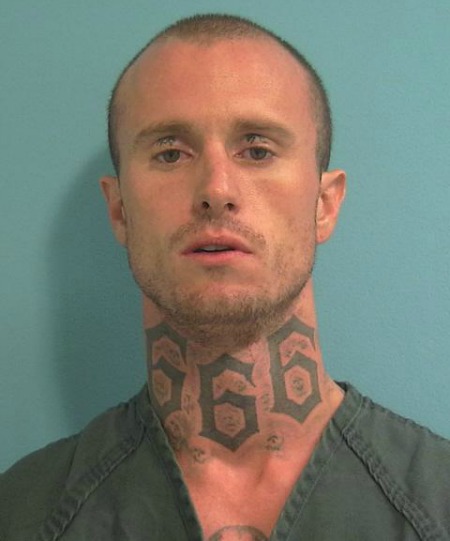 (Yesterday, Gov. Mead signed HB231 into law which allows felons like the one above, even those convicted of violent felonies, to carry black powder and antique firearms. So far, he’s refusing to say if he’ll sign HB137 into law.)

What’s more, legislation to repeal deadly ‘Gun Free Zones’ is on the move all over the country.

In Iowa, just this week, their House voted to lift the ban on carrying in their state capitol building and it’s expected to pass the Senate as well.

In Missouri, HB630 has been referred to a pro-gun committee that will hear the bill next Tuesday.

This bill would roll back ‘Gun Free Zones’ in dozens of places including government buildings, churches, daycares and many more!

In Ohio, legislation was recently signed into law lifting the ban on campus carry after a terrorist stabbed 9 students in a ‘Gun Free Zone.’

It’s time Governor Mead get with the times.

That’s why I hope you’ll immediately contact Governor Mead and insist he support HB 137. You can reach him using the information below.

>>> Send him an email by clicking here.

If you’d like, feel free to use the pre-written email I’ve made for you below.

While doing nothing to stop armed criminals bent on  murder, these areas force me to disarm when going  about my daily affairs and would leave me helpless in  the event of a criminal attack.

Hundreds of Americans have died in these “Gun Free  Zones” in the past few years as a result of these  failed policies.

HB 137 was just passed by the legislature and it  would lift the ban on carrying in many government  buildings that are currently off-limits to gun owners  here in Wyoming.

Similar legislation is on the move is states across  the country like Iowa, Ohio, Missouri, and more.

Please sign HB 137 into law right away, for the  safety of all law abiding citizens in Wyoming!

There’s no reason why Gov. Mead should be hesitating on this bill. The fact that he is, should be a warning shot to gun owners statewide.

We can’t assume that because Gov. Mead says he’s pro-gun that he’ll actually support this bill. We can’t sit back and assume that everything will be ‘OK.’

Our neighbors in Colorado did that for too long, and we all know what happened to their gun laws.

So please take a few minutes to contact Gov. Mead and remind him that he works for us and that you expect him to support this bill without delay!

When you’re done, share this email with all of your friends and family!

Finally, please consider becoming a member of Wyoming Gun Owners, as no one fights harder for you in Cheyenne than we do!

P.S. With his signing of HB 231, Governor Mead has made it clear that he’s ok giving black powdered firearms to convicted felons — even those convicted of violent felonies!

So why won’t he sign HB 137 into law, which removes the dangerous ‘Gun Free Zones’ currently in effect in government buildings here in Wyoming, for gun owners possessing a permit?

Time is running out on this!

That’s why I hope you’ll contact Gov. Mead again today, using the information provided above, and insist that he sign HB 137 into law right away!

And when you’re done, please consider becoming a member of WyGo! No one fights harder in Cheyenne for your Second Amendment freedoms!

Do You Have Two Minutes and a Cell Phone?