Like all of you, I was furious with Governor Mead earlier this year when he vetoed HB137, our bill to end deadly ‘Gun Free Zones’ in government buildings here in Wyoming.

Simply put: the governor is more concerned about the wishes of the Wyoming Association of Municipalities than those of law abiding gun owners.

I saw this all session long.

As the Membership Coordinator for Wyoming Gun Owners, I was routinely outnumbered three and even four to one as I testified in Cheyenne in favor of pro-gun legislation.

For the Second Amendment to be protected and advanced here in Wyoming, we need more activists to get involved in this fight!

But we need activists who are trained in grassroots politics and who aren’t afraid of holding politicians accountable.

This school, being held in conjunction with the Foundation for Applied Conservative Leadership, will you give powerful tools that you can put to immediate use, including:

>>>  How politics actually works, and why educating politicians about your cause won’t result in change in Cheyenne;

>>>  The greatest lie in politics, and how it can be used against you by legislators if you’re not careful;

>>>  Real-world leadership strategies for grassroots activists to ensure that you don’t ‘get spun’ when you set foot in the Capitol;

>>>  Practical tools on how you can run an election program of your own as early as 2018, to hold politicians accountable for their anti-gun votes;      and

>>>  How to start a political organization of your own and how to raise the funds you need to be effective!

Having been to this training before, I can tell you that it’s the best 1-day political event you can attend — because this school is all about teaching political combat tactics that work!

That’s because the Foundation’s instructors have years of experience in fighting for the Second Amendment in state legislatures all over the country. 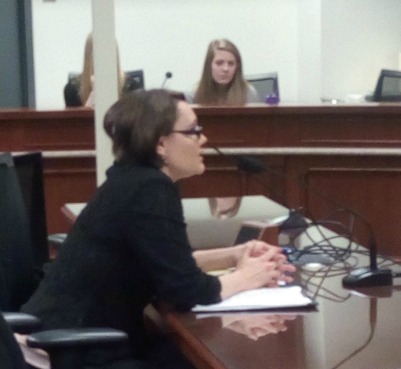 (As WyGo’s Membership Coordinator, I testified in support of bills like HB136 and HB137 in Cheyenne this year, oftentimes outnumbered four to one!)

The cost for the day-long training (and the included lunch) is just $50 for adults ($35 for students.) But if you register between now and this Saturday, the price will be discounted even further!

I really hope you can attend.

Wyoming is at a crossroads.

Patriots like you and me can sit back and watch us continue to transform into a liberal state like we’ve seen happen in Colorado — or we can fight back and defend our freedoms!

As a mother of a large family, I know that the next generation is counting on folks like you and me to leave our state in better shape than we inherited it.

And that’s why your attendance at this training is so important, as you’re going to learn the tools you need to get involved!

On top of all that, you’ll also get to meet some of the best legislators we have in the state, as Senator Anthony Bouchard and others will be in attendance.

This will give you a chance to talk with legislators, one on one, about the fight for the Second Amendment in Cheyenne!

So sign up right now, and take advantage of the ‘early bird’ pricing today!

I hope to see you in Bar Nunn!

That’s why I want to invite you to attend the 1-day Political Leadership School that Wyoming Gun Owners is hosting in Bar Nunn on Saturday, June 24!

This school will be taught by instructors with years of experience in fighting for the Second Amendment all over the country — and you’ll leave the school with effective tools that actually work!

If you sign up in the next two days, you’ll qualify for the ‘early bird’ pricing, so act fast!

We Need Your Help!